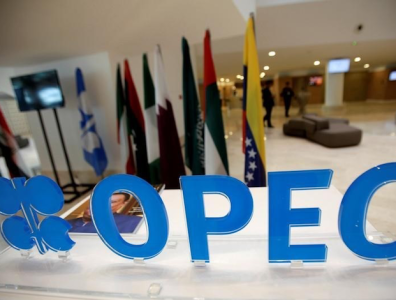 LONDON, November 13, 2018 – U.S. crude’s losing streak continued on Tuesday as the Organization of Petroleum Exporting Countries forecast that world demand growth would slow down in 2019.

In its monthly report, OPEC cut its forecast for oil demand growth this year due to “weaker-than-expected oil demand data from the Middle East and, to a lesser extent, China” during the third quarter.

For 2019, the cartel said that global oil demand was expected to rise by 1.29 million barrels per day, 70,000 barrels per day less than its prior forecast.

The report further noted that non-OPEC supply growth in 2018 was estimated to be higher than previously thought with the US, Canada, Kazakhstan and Russia highlighted as the main drivers to the increase.

The U.S. benchmark has posted declines for 11 consecutive sessions. Another down day will mark the longest run of losses since WTI started trading in 1983, according to Dow Jones Market Data.

Saudi Energy Minister Khalid al-Falih indicated over the weekend that the kingdom planned to reduce by half a million barrels its daily supply to world markets, but experts fear that the cuts are inadequate to compensate for increasing oil production which, in the U.S., hit a weekly record of 11.6 million barrels per day.

Dec. 6 is when OPEC holds its all-important policy-setting meeting in Vienna, where production cuts will most likely top the agenda.

Adding to negative sentiment, a tweet by U.S. President Donald Trump voiced disapproval over the potential production cut by Saudi Arabia and OPEC, and said prices “should be much lower based on supply!”

Eni takes 25% in Abu Dhabi’s Hail and Ghasha
Next