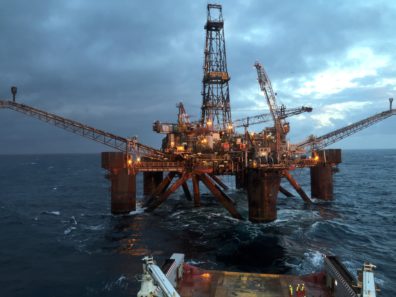 LONDON, February 19, 2019 – Oil prices were mixed on Tuesday in Asia as traders awaited developments from a fresh round of Sino-US trade discussions getting underway later in the day.

On Monday, oil prices hit their highest levels in three months on hopes that the US and China may resolve their trade dispute after both US President Donald Trump and his Chinese counterpart Xi Jinping reported progress in the latest trade talks held in Beijing last week.

Citing unnamed analysts, Reuters said the slight downward correction today was driven by concerns about the health of the global economy this year.

Investors will continue to focus on trade headlines this week as China’s Vice Premier Liu He is scheduled to meet with US Trade Representative Robert Lighthizer and other US officials in Washington in the coming days.

Investors sentiment are slightly dampened on Tuesday ahead of the meetings after China’s government accused the US of “fabricating an excuse for suppressing the legitimate development” of Chinese enterprises.

The spokesman for the Chinese foreign ministry, Geng Shuang, said the US is using “political means” to interfere in economic activity, which he deemed “hypocritical, immoral and unfair bullying.”

Despite some caution around trade, global oil markets received some support since the beginning of 2019 from supply cuts led by the Middle East dominated Organization of the Petroleum Exporting Countries (OPEC) and top crude exporter Saudi Arabia.

Saudi Arabia cut production to 10.2 million barrels in January versus a target of 10.3 million. The oil exporter said it plans to restrict production by a further 400,000 barrels in March.